View basket “Warner Drive Till The Wheels Fall Off CD” has been added to your basket.

Warner Drive Till The Wheels Fall Off CD

CORVID 19 Delivery Times Update
Delivery of this item is unaffected and will take around 5 - 10 working days for UK orders (although there may be delays with Royal Mail). Your order will be packed by our workers safely from isolation at home with orders collected in bulk directly by Royal Mail on Tuesday & Friday.
More Info / Statement on Corvid 19
SKU: DEERCD017 Categories: Warner Drive, Band Merch, CDs

Warner Drive Till The Wheels Fall Off CD

Los Angeles, California based rock-punk band Warner Drive is known for their relentless touring.  It was not uncommon for the band to play upward of 200+ shows a year in a grassroots effort to build a loyal fan base.  The past several years, the band has also been traveling to Europe for a series of festival tours in the summer and club tours in the fall.  Warner Drive is very excited to have built a relationship with Swedish record label Dead End Exit Records who, this year, will release the bands forth full length album Till The Wheels Fall Off. 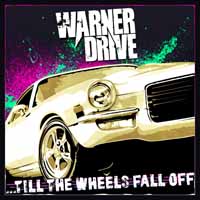 You're viewing: Warner Drive Till The Wheels Fall Off CD £13.99
Add to basket