This Legend It’s In The Streets CD

CORVID 19 Delivery Times Update
Delivery of this item is unaffected and will take our usual 5 - 7 working days for UK orders. Your order will be packed by our workers safely from isolation at home with orders collected in bulk directly by Royal Mail on Tuesday & Friday.
More Info / Statement on Corvid 19
SKU: CT107 Categories: This Legend, Band Merch, CDs

This Legend It’s In The Streets CD

Los Angeles, CAs WARNER DRIVE could well be the most hard-working hard rock band on the planet. Notorious for their high octane live shows, the band are renowned for their relentless tour schedules, clocking up over 200 shows a year for the past three years. As well as intense sets on the Vans Warped Tour and at Rockstar Uproar Fest, WARNER DRIVE have also staged legendary shows alongside the likes of CKY, Jet and The Killers, cementing their place as one of the most exciting live bands around right now. Clutch, Imagine Dragons and Plain White Ts are just a handful of other acts WARNER DRIVE have supported, demonstrating just how huge their performance is. Fast, furious and heavy on the riffage, a WARNER DRIVE show is the talk of every town they stop by. Hard at work on their new record for Cyber Tracks with producer Aaron El Hefe Abeyta of NOFX, summer 2014 will also see WARNER DRIVE confidently deliver their most insane shows to date right here in the UK. 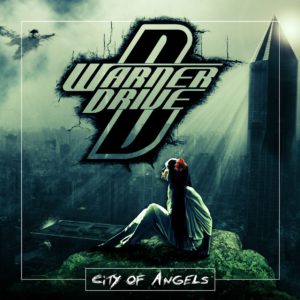 You're viewing: This Legend It’s In The Streets CD £10.99
Add to basket