CORVID 19 Delivery Times Update
Delivery of this item is unaffected and will take our usual 5 - 7 working days for UK orders. Your order will be packed by our workers safely from isolation at home with orders collected in bulk directly by Royal Mail on Tuesday & Friday.
More Info / Statement on Corvid 19
SKU: BTRCRS032 Categories: The Stupids, Band Merch, CDs

The classic STUPIDS debut album PERUVIAN VACATION is re-released by Boss Tuneage as part of their retro series in a new special deluxe 2x LP + CD edition following  requests from many STUPIDS fans asking Boss Tuneage for the bonus CD tracks from our reissues to be made available on vinyl. This deluxe edition does exactly that, complete with bonus CD in PVC wallet, limited edition splatter colour vinyl , 24  x 12 insert and sleeve printed on reverse manila board makes this the must own version of this classic of UK Hardcore Punk. PERUVIAN VACATION is the first of a series ofrepackged STUPIDS releases planned by Boss Tuneage this year as a run in to their brand new album due late 2014, their first in 5 years since the comeback THE KIDS DONT LIKE IT album. 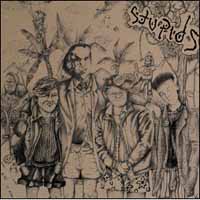 You're viewing: The Stupids Peruvian Vacation CD £8.99
Add to basket