The Skints have risen to the top the underground ska/punk/reggae scene over the past two years and are now breaking out. They earned their formidable reputation live and the first album has sold more than 7500 copies with zero PR. This album has a more commercial sound and should see The Skints break into the mainstream. In the past 18 months they have played most of the major festivals and toured with Gym Class Heroes, Less Than Jake, Reel Big Fish, Sublime (with Rome), Bedouin Soundclash amongst others 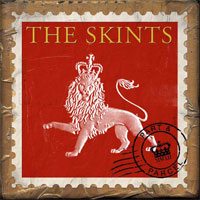