CORVID 19 Delivery Times Update
Delivery of this item is unaffected and will take around 5 - 10 working days for UK orders (although there may be delays with Royal Mail). Your order will be packed by our workers safely from isolation at home with orders collected in bulk directly by Royal Mail on Tuesday & Friday.
More Info / Statement on Corvid 19
SKU: FAT993CD Categories: The Lillingtons, Band Merch, CDs

Its been over a decade since THE LILLINGTONS released a full-length album. Having signed to Fat Wreck Chords, they toiled away on their new record in secret, crafting an album that is both a continuation of the bands legacy and a dramatic reinvention. Its called Stella Sapiente, a title that vocalist-guitarist Kody Templeman says roughly translates to wisdom of the stars. As a band that has never -and likely will never-mind much interest in the mundane, their songs are pulpy vignettes steeped in intrigue, unraveling mysteries, conspiracies, and cloak-and dagger operations while bashing through buzzy, pop-focused punk songs. Stella Sapiente sees the band removing all preconceived notions of what a LILLINGTONS record should sound like. While elements of the album may not be hallmarks of their genre, the way in which THE LILLINGTONS adapt them for their use makes them feel right at home. Insect Nightmares has the propulsive energy of a classic LILLINGTONS song, but there are palm-muted, chugging guitars flanked by uproarious leads, as if the band pillaged vintage metal records, taking only the best ideas and leaving the excess behind. Elsewhere, a track like Night Visions could easily pass for a Devo-like soundscape, providing the perfect soundtrack for traversing underground tunnels and thumbing through ancient texts. all in all, Stella Sapiene is sure to be an instant classic. 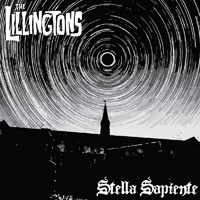 You're viewing: The Lillingtons Stella Sapiente CD £14.99
Add to basket