As important today as they were during their glory years, The Cure are among the very few bands to have emerged from the post-punk fallout to remain hugely relevant to each new generation of music fans. The Strange Museum is a documentary film which charts the entire story of The Cure from their humble beginnings, through their years of global success and onto their current status as elder statesman of alternative music. Featuring interviews with Robert Smith and other band members and with close friends and colleagues, rare footage of the group, contributions from biographers and esteemed music journalists, location shots, news items, seldom seen photos [many from private collections] and a host of other features. 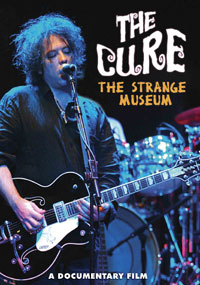 You're viewing: The Cure Strange Museum DVD £5.99
Add to basket