CORVID 19 Delivery Times Update
Delivery of this item is unaffected and will take our usual 5 - 7 working days for UK orders. Your order will be packed by our workers safely from isolation at home with orders collected in bulk directly by Royal Mail on Tuesday & Friday.
More Info / Statement on Corvid 19
SKU: RR161 Categories: Stealers, Band Merch, CDs

After the well-received, self-titled debut LP from 2012, the Breakout single from 2013 and serving time on various periods between 2013 and 2015, Rotterdams most notorious, the STEALERS, are back! Including a re-recorded version of the aforementioned Breakout, the brand new record Street Law holds a total of ten disorderly conducts, delivering the laws of Rotterdams city streets to your stereo fast, loose and loud! 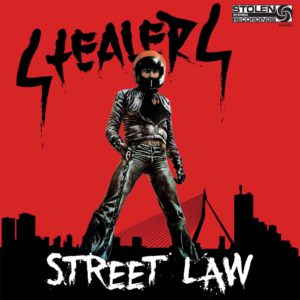