CORVID 19 Delivery Times Update
Delivery of this item is unaffected and will take our usual 5 - 7 working days for UK orders. Your order will be packed by our workers safely from isolation at home with orders collected in bulk directly by Royal Mail on Tuesday & Friday.
More Info / Statement on Corvid 19
SKU: NIR291LP Categories: Small Brown Bike, Band Merch, Vinyl LP

This is SMALL BROWN BIKE’s first full-length featuring the four original members since Our Own Wars, released in 1999 by No Idea Records. Instead of the band members trying to re-create what they were doing in their twenties, songs like “In Need Of Everything” and “Just Bones” retain SBB’s signature sound but place it in a fresh new context. Credit is also due to producer J Robbins, who brings out the band’s melodic underpinnings on songs like “Sleep River Sleep”, a trait that sometimes got lost beneath layers of distortion in the past. 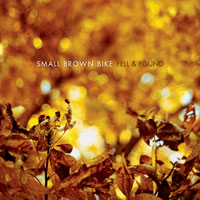