Rage Against the Machine Revolution In The Head DVD

Rage Against the Machine Revolution In The Head DVD

Revolution In The Head – Rage Against The Machine and The Art Of Protest.

Arguably the most provocative act of the last 20 years, since their explosive debut Rage Against The Machine have been the group most associated with the American protest movement. Picking up the flame from a linear musical tradition going back to the War Of Independence, with the best known protagonists coming up during the 1950s and 60s civil rights movement via artists such as Pete Seeger and the young Bob Dylan, the anger remained as brutal as ever during the final decade of the 20th Century in Rage and contemporaries like Public Enemy. This film dissects the work and career of RATM and looks at their place in this always fascinating lineage of artists and performers who have spoken out on behalf of, and drawn attention to, the worlds marginalised, downtrodden and oppressed. 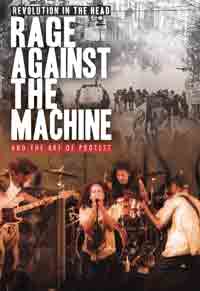 You're viewing: Rage Against the Machine Revolution In The Head DVD £1.99
Add to basket