CORVID 19 Delivery Times Update
Delivery of this item is unaffected and will take around 5 - 10 working days for UK orders (although there may be delays with Royal Mail). Your order will be packed by our workers safely from isolation at home with orders collected in bulk directly by Royal Mail on Tuesday & Friday.
More Info / Statement on Corvid 19
SKU: PARA056PD Categories: Pearl Jam, Band Merch, Vinyl 12" Picture Disc

DELUXE PICTURE DISC VINYL EDITION!!!
The four-and-a-half hour show, broadcast on January 8, 95, was a Seattle scenesters delight, featuring live sets from Pearl Jam, Soundgarden, Mudhoney, The Fastbacks, and Mad Season, a spoken word piece from Nirvanas Krist Novoselic, tracks from ex-Nirvana drummer Dave Grohls upcoming solo album (at least that was how it was credited at the time), impromptu interviews and much more. The Pearl Jam set played that legendary evening, now presented in full for the first time on Limited Edition picture disc format. 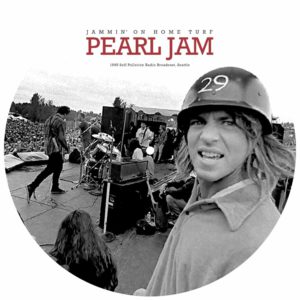