DELUXE PICTURE DISC VINYL EDITION!!!
“Jammin Down South”, the rare recording of Pearl Jam live at the Fox theatre in Atlanta 1994, is now available on Limited Edition Picture disc vinyl for the first time! The performance captured on this release was originally recorded for an FM broadcast that was heard by millions nationwide and features live versions of Pearl Jam classics at a peak era of their career. 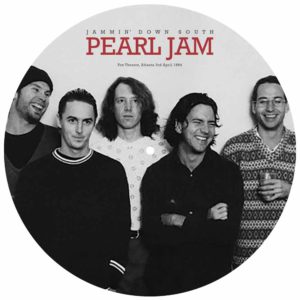