Out Of Vogue The Welfare Year Vinyl LP

CORVID 19 Delivery Times Update
Delivery of this item is unaffected and will take our usual 5 - 7 working days for UK orders. Your order will be packed by our workers safely from isolation at home with orders collected in bulk directly by Royal Mail on Tuesday & Friday.
More Info / Statement on Corvid 19
SKU: DFR24LP Categories: Out Of Vogue, Band Merch, Vinyl LP

Out Of Vogue The Welfare Year Vinyl LP

When the Swedish hardcore phenomenon of the 90’s rolled over and died and the leading bands, Abinanda and Refused, called it quits, Abinanda’s singer lurked in the backround for many years.
Now he has teamed up with Per Stalberg from Dvision of Laura Lee and members from The Change, forming what you might call a hardcore-punk-super-group: OUT OF VOGUE

“The band is about takng the feeling that we had in the 90’s, the unity, the happiness but also the frustration and mixing it with the sounds hardcore had in the beginning, when it was closer to punk rock”

The album “THE WELFARE YEAR” has been produced and recorded at “welfare sounds studios”, responsible for bringing you the likes of Bombs, Daniel Gilbert and STora Vilan.

Released through the most classical hardcore label Sweden has to offer – Desperate Fight Records – Out of Vogue are bringing it all back together with the first vinyl release for Desperate Fight, and their first release of any kind for years!

OUT OF VOGUE are influenced both by the bands that started the genre, like Minor Threat, and Bad Brains, Swedish Hardcore from the 90’s and the rock sounds of todays greats, like F*cked up and The Bronx.
Combining this influence with a very powerful line-up is making this Swedish Outfit one of the most interesting alternative bands right now. 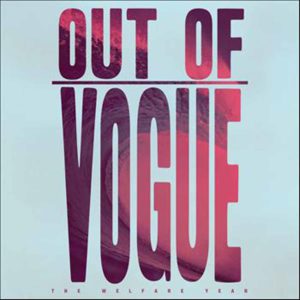 You're viewing: Out Of Vogue The Welfare Year Vinyl LP £10.99
Add to basket