No Use for a Name All The Best Songs CD

SKU: FAT952CD Categories: No Use for a Name, Band Merch, CDs

No Use for a Name All The Best Songs CD

NO USE FOR A NAME were one of the first bands on Fat Wreck Chords and remain a cornerstone of the label roster. Their unique take on California punk emphasized equally innovative and catchy melody, paired with top-flight musicianship. Of course, a lot of what made this possible was the vocal range and imaginative song writing of Tony Sly. Despite his tragic passing in 2012 Tonys presence can still be felt today, as his influence is evident in the work of many other artists. Over the course of their more than 20 year career, NO USE FOR A NAME amassed an impressive catalog of albums packed with hit songs. In 2007 NUFAN compiled a best of collection from their material up to that point. In order to encapsulate the true life of the band from start to finish, All the Best Songs has been thoughtfully updated. Now including songs from their resurgent and critically acclaimed release Feel Good Record of the Year, as well as new artwork, All the Best Songs is a definitive collection. Its truly a perfect album for new and old fans alike. The reissue also marks the first time All the Best Songs is available on vinyl, which will have collectors in a frenzy. The existing members of NO USE FOR A NAME recently reunited for the massive Fat Wreck Chords 25th Anniversary blowout weekend in San Francisco. On a bill featuring roster heavyweights from past and present, NUFAN stole the show. Singers from each band at the festival took a turn behind the mic, paying tribute to NUFANs amazing songs. The spectacular result was a testament to just how important NO USE FOR A NAME remain today. 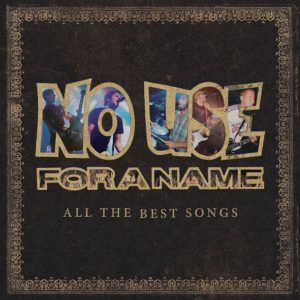