DELUXE PICTURE DISC VINYL EDITION!!!
For the first time ever Nirvana’s landmark show at their home town of Seattle on the 13th of December 1993 (Less than a year before frontman Kurt Cobain tragically took his own life), is now available as Limited Edition picture disc. Featuring fan favourites such as “Rape me”, “Lithium”, “Heart Shaped Box” plus many more! 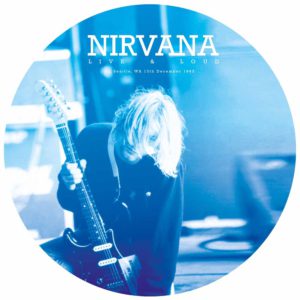