With In Utero topping the charts on both sides of the Atlantic following its September 1993 release, Nirvanas celebrity was not in question. When it was announced that the band would be headlining at Seattles Pier 48 on 13th December 1993, with a bill that was also to feature The Breeders, Cypress Hill and Pearl Jam, fans braved pouring rain to queue overnight for free tickets. Pier 48s cavernous warehouse on Seattles lakefront couldnt have been a more perfect venue for the ultimate grunge showcase, and with the show broadcast across multiple TV and Radio networks for all to enjoy, the gigs legacy was assured. The Nirvana set played that cold December night almost 20 years ago is included on this CD. 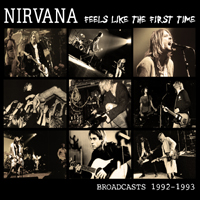 You're viewing: Nirvana Feels Like The First Time CD £8.99
Add to basket