CORVID 19 Delivery Times Update
Delivery of this item is unaffected and will take our usual 5 - 7 working days for UK orders. Your order will be packed by our workers safely from isolation at home with orders collected in bulk directly by Royal Mail on Tuesday & Friday.
More Info / Statement on Corvid 19
SKU: B9R142CD Categories: Mother of Mercy, Band Merch, CDs

Formed in the Spring of 2007, Mother of Mercy plays contemporary metallic hardcore that draws some of the best elements of 90s HC with a well-executed tinge of metal. Their music is raw, abrasive and dark  highly influenced by Samhain, Undertow and Obituary – and a much-needed reviver of todays re-hashed metalcore sound.

Mother of Mercy has spent the last several years on the road alongside bands like Comeback Kid, Agnostic Front, Cruel Hand, Title Fight, and playing staple music festivals like United Blood, This Is Hardcore, and Sound and Fury. With several prior releases including the No Eden 7″ and critically acclaimed III that was released last year on Six Feet Under Records and hailed as one of ScenePointBlank’s “favorite records of the year”, Mother of Mercy’s upcoming Bridge Nine debut full length is less than stellar and poised to be one of the best metallic hardcore releases of 2011. 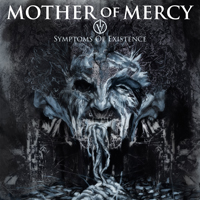 You're viewing: Mother of Mercy Iv: Symptoms Of Existence CD £4.99
Add to basket