View basket “Mizery Survive The Vibe CD” has been added to your basket.

Based in San Diego (California), MIZERY is a driven and direct metallic hardcore band with eclectic influences that encompass a diverse musical and intellectual concept. The bands sound falls somewhere in between the direct energy and grit of the NYHC scene (particularly looking at bands such as Cro-Mags & Crown Of Thornz) and the brutal approach of thrash (Megadeth, just to mention one). This incredibly hard-working band is quickly managing to stir quite a buzz around their craft, humbling working towards the goal of putting San Diego Hardcore on the map and playing music that they would genuinely like to listen to themselves. The hard edge of the music contrasts tastefully with the poetic lyrics, influenced by spiritual topics and philosophical questions. 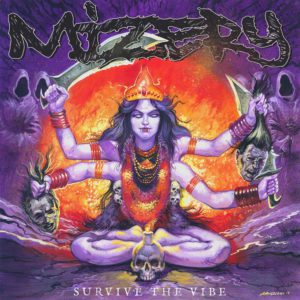 You're viewing: Mizery Survive The Vibe CD £11.99
Add to basket