View basket “Man The Machetes Av Nag Vinyl LP” has been added to your basket.

Throat-destroying vocals, delightful melodic riffing, intense drumming, all blended in with catchiness, nerve, groove and plenty of rockn roll attitude.
Man The Machetes songs are fueled by young enthusiasm, wrapped in a flawless production by Fredrik Nordstrom (Bring Me the Horizon, In Flames) in Studio Fredman.
Av Nag, reflects a growing confidence and maturity which will rapidly expand their fan base across Europe.
In a short time, Man the Machetes has gone from playing small venues in Norway, to playing festivals like Pstereo and Hove, being awarded Ukas Urort by the Norwegian radio broadcasters NRK P3, and warming up for bands like Gallows and Kvelertak.
They started out as five friends in an old German bunker who wanted to play the music they loved. They soon started mixing elements of hardcore, Rock, metal and pop to create unique heavy party tunes sparkling with energy.
They recorded the debut album Idiokrati during four intense, maniac weeks, with producer Eric Ratz (Billy Talent, Cancer Bats, Comeback Kids).
The result was music that balances delicately between an uncompromising, but accessible sound.
They have made themselves heard on the live front, building a reputation as an energetic and dedicated bunch, always giving their best.
Vocalist Christopher is often seen wriggling on the floor at the end of shows, screaming his guts out at everyday stupidity. 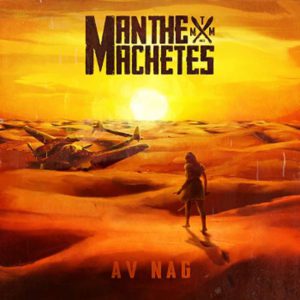