CORVID 19 Delivery Times Update
Delivery of this item is unaffected and will take around 5 - 10 working days for UK orders (although there may be delays with Royal Mail). Your order will be packed by our workers safely from isolation at home with orders collected in bulk directly by Royal Mail on Tuesday & Friday.
More Info / Statement on Corvid 19
SKU: LETV452LP Categories: Long Tall Texans, Band Merch, Vinyl LP

DELUXE VINYL EDITION!!!
After forming in Brighton in 1984, psycho trio Long Tall Texans made several compilation album appearances before signing to Razor for their debut album, Sodbusters, in 1986. Despite Radio 1 airplay for the singles Should I Stay Or Should I Go (demonstrating the bands willingness to stray outside psychobillys loose boundaries) and Get Back Wetback, and even a session for Simon Mayos show early in 1988, the hit single never materialised.
Nevertheless, the Texans continued to build a formidable following and were at the peak of their powers when they released their third album, Saturnalia! in 1989. 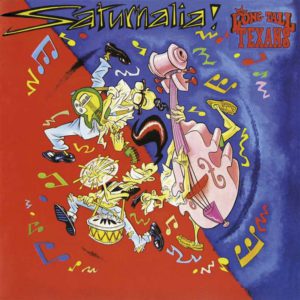