CORVID 19 Delivery Times Update
Delivery of this item is unaffected and will take our usual 5 - 7 working days for UK orders. Your order will be packed by our workers safely from isolation at home with orders collected in bulk directly by Royal Mail on Tuesday & Friday.
More Info / Statement on Corvid 19
SKU: EZ13C1439 Categories: Liquid Grey, Band Merch, CDs

Continuing the style Liquid Grey already established on the debut album, more guitars and a pulsing rhythm define the sound being wonderfully complemented by Robert’s deep voice and by subtly used keyboards.

In the course of recording the album, Descendants Of Cain singer D.M. Kruger could be persuaded to support the song Dance Alone causing goose bumps with his hauntingly deep voice.

With “Arsenic Dreams” Liquid Grey strike a blow for straightforward guitar gothic rock, and the second album can be described again as “goth rock for highways” in the best sense of the word. 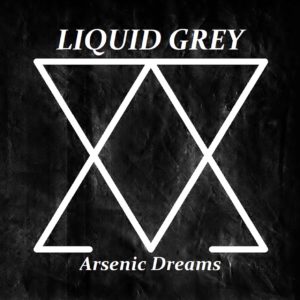