Green Day Before The Idiot DVD

Green Day Before The Idiot DVD

This film follows the progress of Green Day from the day they formed to the eve of American Idiots release, and in so doing reveals a modern success story that has rarely, if ever, been equaled in the arena of contemporary music. 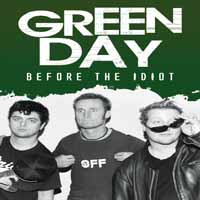 You're viewing: Green Day Before The Idiot DVD £5.99
Add to basket