Gritty, loud, unforgiving and uncompromising, GHASTLY SOUND formed around the foundation of childhood friends TJ Maynard (bass) and Ryan Lewis (drums), who began writing songs as a two-piece focused on guitarless volume worship and a love for party riffs.
The band’s rolling, thunderous tones blended with a splash of groove attracted vocalist Tyler Gurwicz, whose presence provided equal amounts straightforward candor and raw power.
Worshipping at the altar of volume, GHASTLY SOUND’s presence is as large as it is loud; sludgy bass riffs merge with spiraling time signatures and vocal hooks cut through the noise as burning screams interweave with dream-pop melodies. Drawing influence from contemporaries like Kylesa, Torche and Red Fang, as well as no wave pioneers from Helmet to Unsane, GHASTLY SOUND aims to remind listeners of an era when both bands and people lived authentically.
Following a three-year stretch which saw them drop two colossal genre-bending EPs and a ripsaw video single while appearing at tastemaker festivals like New England Stoner and Doom and Psycho Las Vegas, Ghastly Sound now unleash debut full-length “Have A Nice Day” onto the heavy music landscape, culminating one of the most impressive and conscientious slow-builds in modern metal. 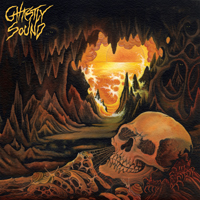 You're viewing: Ghastly Sound Have A Nice Day Vinyl LP £20.99
Add to basket