CORVID 19 Delivery Times Update
Delivery of this item is unaffected and will take around 5 - 10 working days for UK orders (although there may be delays with Royal Mail). Your order will be packed by our workers safely from isolation at home with orders collected in bulk directly by Royal Mail on Tuesday & Friday.
More Info / Statement on Corvid 19
SKU: TRTR161 Categories: Garden Gang, Band Merch, Vinyl LP

A high energy glam punk rock feast! GARDEN GANG’s musical influences stretch around the world, ranging from American ’50’s rock’n’roll, through to the English beat groups of the ’60’s, and on up ’70’s punk and the new wave of the early ’80’s – all these styles fusing together to create something totally original. No strangers to the European live circuit, in the last couple of years Garden Gang have played more than 500 club gigs and festivals in Germany, England, Spain, Slovakia, Austria and Switzerland, together with The Damned, The Vibrators, The Lurkers, Stiff Little Fingers, Attila The Stockbroker, as well as regular touring partners Eastfield and TV Smith from The Adverts, who also contributes backing vocals to the new album. 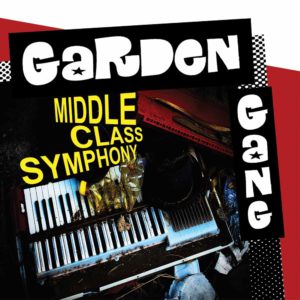