CORVID 19 Delivery Times Update
Delivery of this item is unaffected and will take our usual 5 - 7 working days for UK orders. Your order will be packed by our workers safely from isolation at home with orders collected in bulk directly by Royal Mail on Tuesday & Friday.
More Info / Statement on Corvid 19
SKU: DKS11CD Categories: Band Merch, CDs, Dead Kennedys

Released in 1985 this album became the Dks most well known release due to its controversial HR Giger poster insert which lead to the subsequent censorship trial.

This infamous psychedelic edged hardcore album features 10 tracks including the old favs Soup Is Good Food, Jock- O- Rama, Goons Of Hazzard and MTV Get Off The Air! 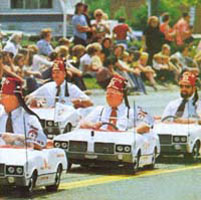