Cheap Trick the ultimate 1970s rocking arena band in a famous 1978 concert. It’s all here: the clasic-rock hair of Robin Zander and Tom Peterson, the strangely straight business guy look of tie-wearing drummer Bun E. Carlos (along with his over-thetop athletic drumming), and the sheer virtuosity and comic weirdness of guitarist Rick Nielsen, whose searing guitar lines and flamboyant physical energy are matched only by his deliberately goofball geek look presaging punk rock while playing like Jimmy Page. 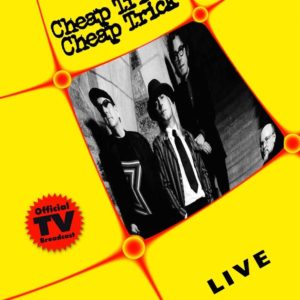