CORVID 19 Delivery Times Update
Delivery of this item is unaffected and will take our usual 5 - 7 working days for UK orders. Your order will be packed by our workers safely from isolation at home with orders collected in bulk directly by Royal Mail on Tuesday & Friday.
More Info / Statement on Corvid 19
SKU: PMZ236CD Categories: Chasing Ghosts, Band Merch, CDs

Born out of a passion to create dark and heavy rock music, Chasing Ghosts was formed by Lee Brueton. Influenced by bands such as Paradise Lost, Anathema, Moonspell and driven by a desire to give the UK rock scene some much needed fresh blood. In contrast to most bands within this genre, ‘Chasing Ghosts’ have carved their own unique sound, with clean vocals and emotive lyrics that are there to be heard and not hidden, compliment and not dominate. Their songs evoke emotions of fear, sadness, loss and regret, entwined within each doom laden guitar riff. Now signed to ‘Mighty Music,’ Denmark’s largest premier rock/metal label, with their album release due out early 2018. Recorded by ‘Enter Shikari’ engineer Tim Morris and aired on over 50 radio stations worldwide, the track ‘Fallen From Grace’ became the band’s first official video. The video featured Pixie Le Knot, actress and contortionist from ‘Game of Thrones’ and ‘The Devil Inside’ . It debuted on ‘Amp’d TV’, hosted by Kerrang’s very own Johnny Doom. The band are Nelson Cancini (Vocals), Lee Brueton (Bass/Synth), Ashley Clark (Rhythm Guitar) and Harry Mitten (Lead Guitar), four strangers brought together with the sole purpose to produce honest and unrelenting rock music. Winners of Ubeat ‘Rock Act of the Year’ 2016, one of the UKs most celebrated emerging music awards. Chasing Ghosts have played prestigious venues such as the Camden Assembly, Proud Camden, The Craufurd Arms, Bedford Esquires, Hope and Anchor and headlined the O2 Academy 2 Liverpool. A European tour is planned for early 2018 to coincide with their album launch in Copenhagen and festival dates to be announced soon. The album These Hollow Gods is written for all those that live with loss, regret and new beginnings every day. It is reflected in every aspect of our lives, through ego, obsession and self preservation. Every element of the album, from mix, production, photography to artwork, has been created by the band, without compromise. These songs are the result of years of blood, sweat, tears and broken strings. The title track is about our role models, idols and those that we ultimately view as gods in family, religion, music and celebrity. Those that we worship and devote our lives to, but then reveal themselves to be nothing more than false hope, disappointment and betrayal. The consequences of putting so much faith in to one person or idealism and how it can blind our judgement of what’s wrong and right. This song is about realising the cost and coping with that moment of clarity. Everyone has a ‘hollow god’. 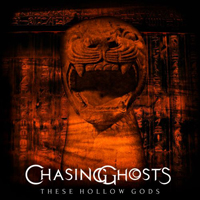