Born In The NHS Vest

Born In The NHS Vest

This year marks the 70th anniversary of the NHS. In a speech on the day before the NHS came into force the Labour minister for health, Nye Bevan described the Tories as “lower than vermin” he also said that the NHS would last “as long as there are folk left with the faith to fight for it”. The Tories are still vermin and the NHS needs defending more than ever.

Sabcat is a workers coop who have been designing and printing t-shirts with a political edge since 2010. We hate the bosses so much we don't have any!

All our own design clothing is printed / made to order for zero stock waste by our experienced printers. Each order is hand folded and packed in recyclable paper packaging or biodegradable bags then finally taken to the post office by the printer.

We aim to print, pack and post your order within 5 - 10 working days (Mon - Fri), although this sometimes may be longer during busy periods, if you have not recieved your order within 21 days please get in touch with us - mail@punx.uk. 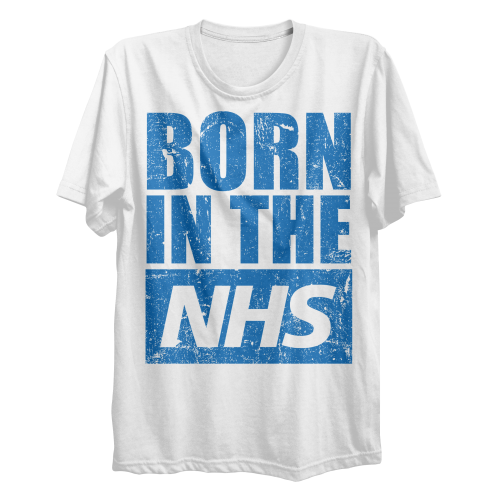 Born In The NHS T-Shirt 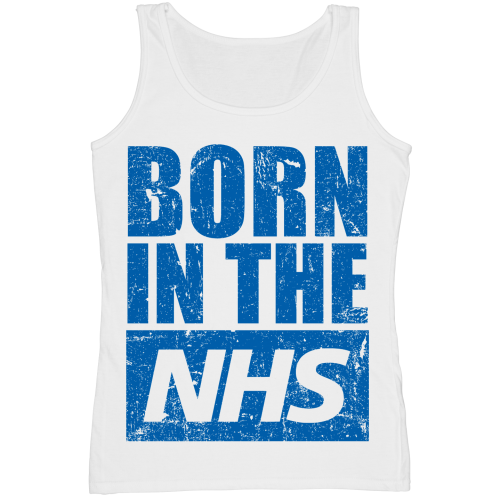 Born In The NHS Ladies Vest 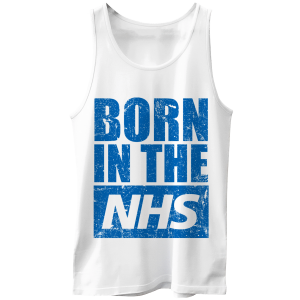 You're viewing: Born In The NHS Vest £14.99
Select options