CORVID 19 Delivery Times Update
Delivery of this item is unaffected and will take our usual 5 - 7 working days for UK orders. Your order will be packed by our workers safely from isolation at home with orders collected in bulk directly by Royal Mail on Tuesday & Friday.
More Info / Statement on Corvid 19
SKU: NAME001CD Categories: Blomst, Band Merch, CDs

Blomst (Eng.Flower) has since 2010 worked their way up to a good following, much thanks to their top live performances and kick ass punk energy.
They have so far shared stages with nationally acclaimed artist like Motorpsycho, Valentourettes and Kaizers Orchestra.
The wait for their always – growing fan base is finally over; the groovy and kicking debut album Blomst, filled with strong and catchy tracks will be released in late spring 2015.
Blomst got a lot of attention after the release of their three latest singles.
Good reviews in some of Norways biggest newspapers like 5/6 in Adressa, radio listing on NRK P3 for two months (second largest NOR radio channel) and has played bigger Norwegian festivals like Slottsfjell and Pstereo.
The people of rock city Trondheim has really opened their eyes for Blomst, where the band has played for sold out venues with queues the last year.
Dont let the adorable band name fool you, Blomst are wolves in sheeps clothing.
They do give you associations to plants, but are actually one of the most up and coming punk bands Norway has to offer these days! 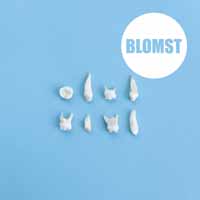