From the cold, hard tundra of Sápmi, in the Barents region of Norway, comes the revolutionary band crew Biru Baby – with their bizarrely unique style and sound. The band has been described as baffling, brilliantly unique, and Babymetal on acid. On March 16th they will release their album Ancient Call, with the video for the song Reality Cannot Be Broken

Ancient Call is an 8-chapter journey through Sápmi, where the band explores their inerhitance as Sámis (the Norwegian indigenous minority) in a modern world. Through a genre mix described as “The Best of Die Antwoord, Babymetal & The Prodigy»

Biru Baby, est. 2014, has slowly but surely built an underground fan base and a reputation as one of Norway’s best live bands who «[…] are just about willing to die to make the audience understand the seriousness. And the game.» (Music journalist Ole Jacob Hoel). 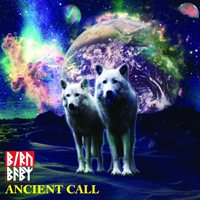