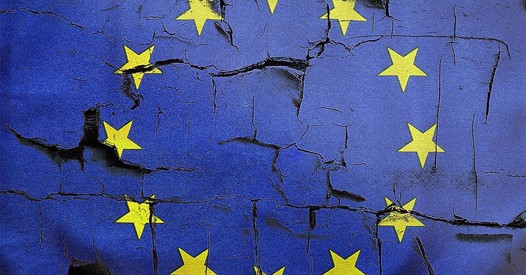 Brexit is dead, the Tories have killed it. Over the last three years the Tories have accelerated their decades long habit of eating their own faces over Europe culminating in a chaotic week in which  Johnson has kicked out 21 of his own MPs and 2 more, including a cabinet minister, left of their own accord. What they should have been doing is negotiating a deal that suited the country, not one designed to hold their own party together.

I voted Leave in 2016, like many leave voters I’ve never voted Tory in my life, I’ve not often voted for Labour either or anyone else for that matter. The Labour party before Corbyn didn’t have much to say to me, I grew up in a house where the Tories were considered evil and I’ve no idea what the Libdems stand for but I suspect it’s nothing at all. My disdain for political parties is based largely on the conviction that we, that is ordinary people who have to work for a living, get what we fight for and win, we’re handed nothing.

I watched the election of Corbyn with interest, mainly because I thought I was going to witness the explosion of the Labour party and I love explosions especially of a party that has been dining out on the creation of the NHS over half a century ago but in my lifetime gave us the Iraq war and ATOS assessments, I wasn’t going to mourn them.

My change of heart over the Labour party was gradual at first, I liked what Corbyn had to say, repeal of anti trade union laws, taking the railways back into public control, renationalising the utilities basically the same things,  according to polling, most people like. The moment I knew the attempt to change the Labour party into something deserving the name was real came on a frosty January morning in 2017. I’d become involved in a very minor way in the British Airways Mixed Fleet cabin crew strike and travelled to Heathrow to support them on a picket line. Everyone met at Bedfont  FC before going to the airport. John McDonnell turned up, on his own, met the workers on strike and travelled with us to the picket line. I said to him that if someone had told me two years before  I’d be stood on a picket line with a Labour shadow chancellor I’d have laughed in their faces, he said he’d have been pretty surprised himself. I’ve been a member of the party ever since.

What I voted for in 2016 was change. I am no fan at all of the European Union, the basis of the treaties that underpin its existence are inherently anti working people viewing us as little more than another commodity and I voted against the political establishment the vast majority of which, from the Prime Minister down, urged me to vote Remain. Given this mandate from the people the Tories have negotiated a withdrawal agreement that Yanis Varoufakis described as something only a country defeated in war would sign. We’re not at war with the EU, despite the rhetoric coming from the head bangers who run Facebook pages like LeaveEU and disturbingly from the Prime Minister. Despite his bluster Johnson voted for that withdrawal agreement in March and for all his grandiose claims of getting a better deal all he’s asked to change is the Northern Ireland backstop,  like his Predecessor his interest isn’t the country, it’s his party. A typical self serving Tory.

I still want change every bit as much as I did in 2016 when I voted leave but the only way I’m going to get change worth having is through a Labour Government. Whether that results in the UK remaining in the EU or not is purely incidental. There’s far more important things going on, however much Johnson and the editors of the Daily Mail and The Sun claim otherwise.

I want a government headed up by people who will support workers in dispute and have a plan to transform the economy so it works for ordinary people. We’ve never had a government like that before, it’s worth more than any Brexit and definitely the calamity the Tories have cooked up.