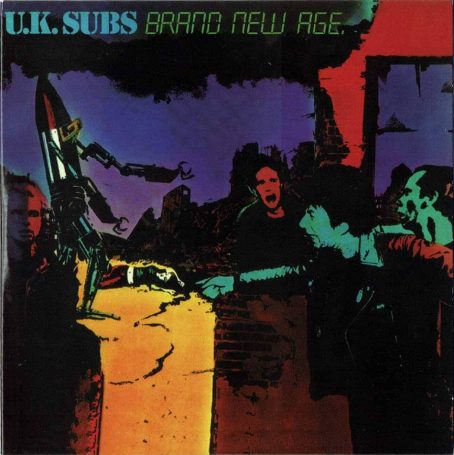 Back at The Conti to celebrate the 40th anniversary of their classic album ‘Brand New Age.’

With 2017 marking the U.K. Subs’ 40th anniversary, they are truly unique amongst the original wave of punk bands that emerged circa 1976/77 through having continued to gig every year ever since, clocking up thousands of memorable shows.

Led by the now legendary Charlie Harper, this incredible front man continues to amaze with his indefatigable lust for life, music and the live circuit. They maintain that authentic true spirit of punk rock, and enjoy a fiercely loyal following worldwide. Now 72 years young, Charlie is the sole reason the Subs have yet to split up, leading a band that has continued to thrive and improve through various line-ups.

With the band continuing to blaze their unique trail all over the world into their fifth decade, 2016 saw the band release their critically acclaimed final album; ‘Ziezo’, as they completed their quest to be the first band to release their official albums alphabetically A to Z.

The highlights from the band’s history are too numerous to list in full here - suffice to say their early success of seven consecutive UK Top 40 hits between 1979-81 was testament to their popularity amongst the punk scene then, and with there never having been any division between fan and band, the current powerful line-up: Charlie, Steve Straughan on guitar, Alvin Gibbs on bass and Jamie Oliver on drums are still adored. The U.K. Subs continue to entertain, enlighten and enthuse with blistering recordings and enthralling live shows.