LoneLady live at The Bodega 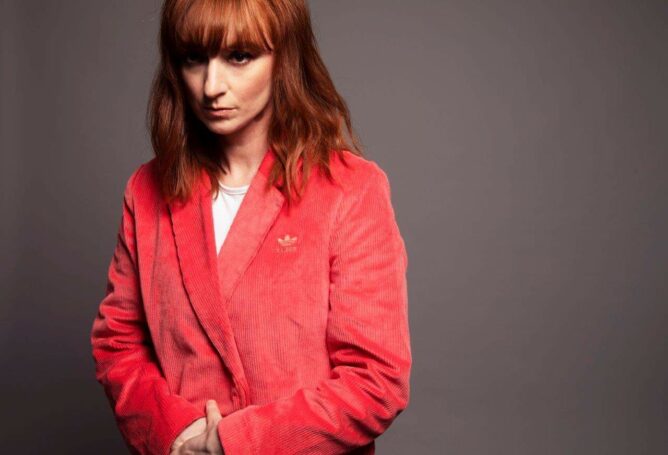 Julie Campbell, A.K.A LoneLady, is a musician, songwriter, singer and producer from Manchester, England. Inspired by British post-punk Julie first started making recordings in the early-mid 2000s on a 4-track cassette recorder in her towerblock flat in Manchester while completing a Fine Art Degree. Self-taught on many instruments including guitar, bass, synths, drum machines and later learning cello, Julie writes all the parts and plays all the instruments on her recordings, with the exception of real drums.

Her starkly urgent debut album ‘’Nerve Up’’ was released on Warp in 2010 to critical acclaim. Showcasing Julie’s choppy, intricate and economical guitar playing and judiciously sparse arrangements, John Doran (The Quietus) in the NME called it a “unique, brilliant debut … we should celebrate LoneLady as the arrival of a fresh and invigorating voice whose talent transcends time and space and influence’’. Co-produced with Guy Fixsen through their shared love of Martin Hannet, influenced in particular by his ‘dehumanised’ and ‘cold’ drum sound.

Julie’s second album ”Hinterland” was released to widespread critical acclaim in 2015. Its longer, groove-oriented tracks reflect Julie’s expanding musical palette, now incorporating elements of electronic dance music and funk. Inspired by psychogeography, the landscapes of a very personal Manchester are invoked in every song. As with Nerve Up, playing all instruments except real drums, (played by Andrew Cheetham on both albums) Julie recorded, mixed and produced Hinterland to near-completion in her home studio in Manchester, entirely alone. She then travelled to Keyclub Recording Co, Michigan, for some finishing touches and additional production with Bill Skibbe, using a mixing desk previously owned by Sly Stone.

The Quietus called it a “vibrant and urgent combination of genealogy and vision – and it is this that truly makes it a masterpiece.” All four singles released from Hinterland reached the ‘A’ Playlist on BBC6 Music and in 2015 Julie also received a Sky Arts Nomination for Best Breakthrough Artist.

Julie is currently working on her third album.