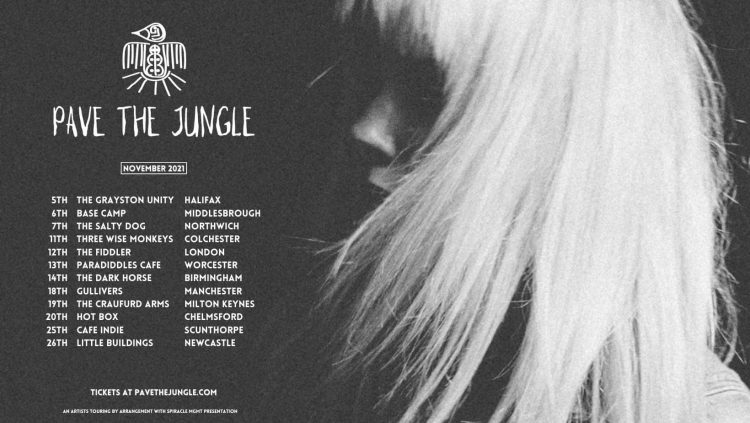 Pave The Jungle are one of THE most exciting and hyped new bands in the North East and it's easy to see why. They released an amazing NARC TV session during lockdown and before then supported bands such as ...And You Will Know Us By The Trail Of Dead.

They're playing the fantastic Last Train Home festival in Darlington, their next single has been produced by highly sought after audio wizard Tarek Musa (Spring King) and November sees the band break out across the UK for their first headline tour. We cannot wait to have them under our roof. Their sound is bombastic, explosive, like Anna Calvi riding a white horse head on into a Peaky Blinders gun battle. You can't miss it.

Joining Pave The Jungle are Sly Hand. Originally from Sunderland, Sly Hand recently emigrated to Stockton and are emerging as front runners of a revitalised Teesside post-punk/noise scene. Describing their live shows as a car crash you can't look away from, Sly Hand are a visceral mix of Shame/The Birthday Party and The Men who take zero prisoners.