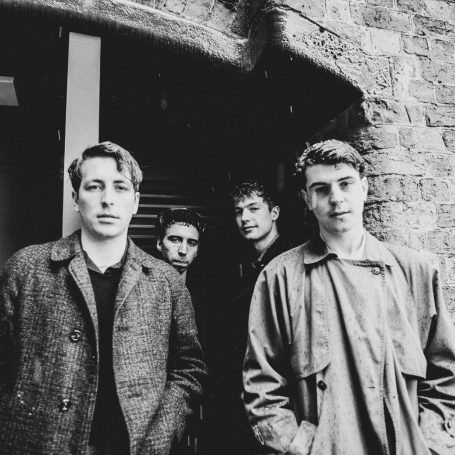 Egyptian Blue’s debut EP ‘Collateral Damage’ made the Brighton-based newcomers a compelling proposition. Between their jolting, groove-orientated post-punk attack and their polemic lyrical approach, the quartet made moves in all of the right places. Lead track ‘Collateral’ was playlisted at 6 Music, while further airplay came from Jack Saunders, Steve Lamacq, Huw Stephens and John Kennedy. Meanwhile, they took their visceral live show on the road with The Murder Capital and YAK, and they also played All Points East on a bill headed by The Strokes.

Lifelong friends Buss and Ambrose formed the band in their hometown of Colchester with bassist Luke Phelps. Initially located above a jewellery shop, they were the epitome of a band reacting to the mundanity of their surroundings. Early jams often devolved into marathon sessions of fourteen hours or more, made all the more chaotic by the amount of whisky they’d share as well as the growing attention of the local police.