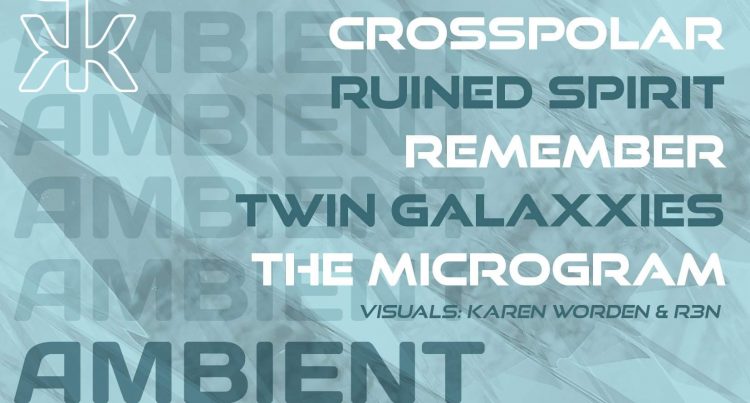 This event will be part of a 2 day event. With the second event taking place on 23 October at The Glove that Fits.

Ambient Punk Live is a label showcase of Cross-Border Arts record label Pure Life Records. Pure Life is and continues to be a pioneer in the underground electronic ambient scene known as ‘Dreampunk’. This event is a celebration of the art, culture and inspirations behind the Dreampunk, featuring artists embedded in both the label and the scene. This event highlights the more ambient aspects of the scene, with full Live AV performances, that echo the label’s Pure Live online festival series. Expect to be immersed, expect to be moved, expect Pure Life.

Remember
Remember, a London-based artist and sonic abstract storyteller. Typically known for the use of ambient, drone and downtempo techniques that help evoke images of neon-washed urban landscapes as seen through a romantic lens, Remember has been crafting, what he calls, his ‘cyber tragedy’ since 2015, working with labels such as Dream Catalogue, Pure Life, No Problema Tapes and more. And as the project continues on, he explores new territories with a youthful and open minded curiosity for sound and art.

– ‘Everything that made the synthwave genre so unique and exciting has miraculously been revived by the album. The first thing that sticks out is how patient it is. Imminent Reversal allows melodic phrases and textures to take their time entering the foreground of the music. Everything floats and meanders with a sense of confidence’.

Crosspolar
Crosspolar creates experimental ambient and synth pieces exploring the contrasts between the natural and the digital, the real and the imagined. Inspired by both obsolete and yet non-existent technology, by past tragic events as well as hopeful images of our future, his music hovers in timeless limbo.

His self-released debut album ‘Gaia Industries’ (2017) was followed by a well-received concept album titled ’51.2763° N, 30.2219° E’ (2018) released by the renowned Berlin-based ambient label Vaagner. This year’s EP Simulacra took his sound even further, as he channeled hyperreal aesthetics of computer simulations from the 90s to early 00s in dreamlike odes to distorted cyberspace memories, and invited collaborators like Sangam and Lighght to reimagine his cinematic sounds.

He has also appeared on releases by labels such as Genot Centre, Pure Life and Salmon Universe. Every four weeks, he spins music on the airwaves of the Bristol-based Noods Radio.

Live, he presents reimagined versions of previously released songs as well as improvised material, utilising various gear such as samplers, cassette tapes, minidiscs and other techniques.

Ruined Spirit
Ruined Spirit is the collaborative project of Andrew Hillock (Guitar and electronics) and Jess Whelligan (Cello). Their debut album ‘Black Metal’s Redemptive Arc’ released on DISPLAY Recordings in 2019, was recorded in Manchester and Barcelona in 2018.